One truism about pure capitalism is it suffers from a lack of morality. This is not a judgement, it is simply a fact — capitalism is an amoral system. It must be because it has one driving, all-encompassing goal — profit. It cares not for the environment. It cares not the well-being of the labor force. It cares not how it impacts others. It cares only for maximum gain. To accomplish that goal requires maximum exploitation.

Since Theodore Roosevelt until recently, most political and governmental people realized that unchecked, unfettered capitalism is not good for society as a whole. Even business people of largely profitable enterprises get it. One of the largest business endeavors in the world, The National Football League, understood decades ago that the “free market” would not work for their product. NFL teams only compete with each other on the field of play, in business, they are the very model of socialism — each individual team working for the betterment of the group. From television broadcasting rights to roster sizes to salary caps to the players union, every rule passed and each dollar spent and earned is to ensure the league succeeds and thrives.

Hell, even La Cosa Nostra understood there needed to be rules in their criminal enterprises, hence the commission of the Five Families, who not only governed law breaking in New York City, but presided over much of top level criminal activities in the country — hence the term “organized crime.”

If billionaire business people and criminals understand that regulation of some sort over an unending free-for-all is better for them as a whole — Why don’t average people, the most exploited, get it?

It was good ole trust busting T.R., President Theodore Roosevelt, who initially embraced and enforced the concept of regulation for the public good. It seems as of late, because the concentration of wealth has taken over the message, we are inundated with the idea of regulation being bad, ignoring that most regulation is for the overall public good.

Imagine the lunacy of average, everyday people fighting against the very measures that will ensure that they have the healthiest lives possible. They fight and protest not for the betterment of their lives, but for the gain of others. The very same others who will financially profit from the lethal poisoning and unsafe working conditions that will harm, maim and kill the very people fighting the regulations.

We are told regulation is bad because it forces multi-billion dollar industries to not only spend extra money to be good stewards of the earth, but be good human beings to their fellow people. What is the cost — a company will only have a market valuation of nine hundred and ninety nine billion dollars instead of a trillion?

And yet, so well versed are the masters of spin, good people, living paycheck to paycheck, the very same people that will take their last shirt from their backs to help a freezing member of society, are somehow convinced that the company bordering on a trillion dollars in valuation, think of that ONE TRILLION FUCKING DOLLARS, is in more need of help than them or their fellow human beings. They are convinced to rally in support of people who will step over a starving, freezing person in the street to make their stocks go up one more point.

Nothing has brought this home more than what is now going on.

In this current pandemic, the world is at a standstill. A virus that infects and kills without discretion has found its way into the human population. In an unregulated “food” market, it was transferred from the animal kingdom to humans because people trying to put scraps of food on their tables were willing, in an unsanitary setting, to sell the meat of an “exotic” animal to those with more money than sense.

Now the world suffers, and in an attempt to preserve human life, there are those, many who see no other alternative, protesting the protection of that human life. I get it, because we live in a system that only values monetary gain, even over human life, these people have no choice, because of societal failings they MUST work — regardless if they become infected, or pass the infection onto others. Nothing matters more than the need for money. Not because of the greed, but because of the need to provide for day-to-day survival.

Ideally, and realistically, we should not have an issue with shutting down and practicing safe measures to not only protect ourselves, but to protect our fellow human beings. But because of exploitation, people have no choice to believe they are being repressed and prevented from earning a living.

What we should have an issue with is that we live in a society that has become enamored and reliant on a market system which only values profit, and inhumanely neglects the person, especially when crisis reveals vulnerability.

Capitalism is an economic system, NOT a governmental system. As many older societies have shown, you can have well regulated free market capitalism and still provide care and comfort for citizens, not treat them as expendable resources to be exploited at all costs, including their very lives, so a mere few can accumulate vast wealth.

It must be admitted, unchecked capitalism is a cold, unfeeling, and yes cruel entity — if an employee dies, the company simply replaces him or her and goes on — to the owner, board and stock holders, the family that lost a loved one is forgotten in an instant, even as that family’s struggles now become even greater. 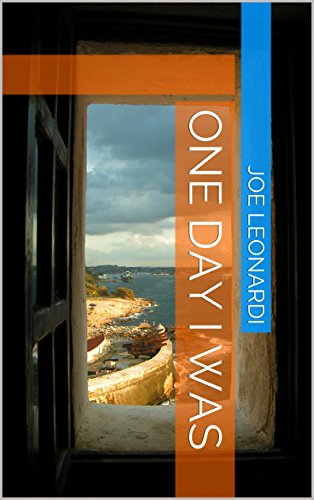 I am an independent, self-published teller of tales,
an author, as of yet, scarcely any renown. I even wrote the novel, One Day I Was, that some claim to be a libertarian rallying cry.

if you are so inclined please
purchase a copy and leave a review.

I write of the damaged and broken, because that is the norm. For each person who overcomes their demons, there are hundreds, if not thousands, who do not.

It is their stories I tell.

2 thoughts on “Capitalism Is Not A Form Of Government”

Mid life on this tiny island

Everybody has a story. Here's a little of mine.

A Journal Of Some Of My writings.

A daily dose of God’s touch in a minute...

A Place for everybody and anybody

Pressured to prove his theories or lose funding, Dusty prematurely stepped into the blogosphere and vanished.

Our goal is to inspire the world to nurture their mind and body through healthy activity, healthy food, and a healthy outlook on life.

All About Weight Loss & Healthy Lifestyle

From 375lbs To Triathlete

"Words kill, words give life. They're either poison or fruit. You choose"- Proverbs 18:21. I have chosen. I heal through poetry over here...