“I can’t afford to die, it will wreck my image!” Jack LaLanne. 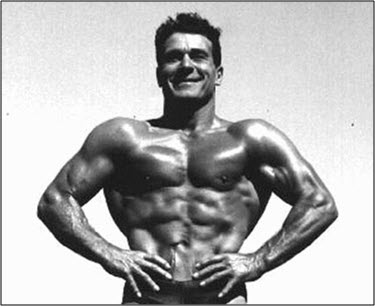 I know the nickname godfather of fitness was most often associated with Jack LaLanne, but in my mind, along with Bernarr MacFadden and Angelo Siciliano better known as Charles Atlas, these three men made up the holy trinity of health.  They were the founding fathers of the mass media fitness movement.

However, unlike the founding fathers of our country who gathered at a hall in Philadelphia, these three great men spanned different eras, and Jack spanned the globe.  Atlas and LaLanne both learned either directly or indirectly from MacFadden and each went on to have an impact on anyone who has ever broken a sweat in the name of fitness.

Jack LaLanne was a bodybuilder and one of the original visitors of Muscle Beach.   An unhealthy, sugar addicted child, he met  MacFadden inspired Paul Bragg, and it was through Bragg that a young Jack was given the foundations to take control of his health.  Jack used his newly found education and sought to inspire the world.

If you have ever used a leg extension or smith machine — you have Jack to thank.

If you are an athlete who utilizes weight training to excel in your chosen sport — you have Jack to thank.

If you are a woman who enjoys the benefits of exercise and weight training, yep you guessed it — you have Jack to thank.

Bernarr McFadden scowled, “Weakness is a Crime, Don’t be a criminal!”

Charles Atlas promised, “To make a man out of you.”

Jack, well, he came into our homes every morning and showed us that being fit and healthy was a goal unto itself.

Before experts complicated exercise, Jack kept it all simple.   Although he owned and endorsed health clubs, he showed us how to work out at home.  While medicine was searching for a panacea in a pill, Jack knew that proper nutrition combined with exercise were the only keys to good health.  He, through his longevity, demonstrated how easy it was to remain fit and live a healthy life.

The last interview I saw was on his 95th birthday.  He was spry, excited and as motivational as ever — he had a glint in his eye and a joy in his voice.  I know it is unrealistic, but some people you just never expect to die, and in Jack’s case that wasn’t  so far-fetched.

His physical existence may have ceased, but because of  every person who endeavors to improve their health via lifting a weight, jogging,  swimming,  doing a Jumping Jack, so named for him,  or choosing a bowl of berries over a bowl of ice cream — Jack LaLanne will live on forever.

Everybody has a story. Here's a little of mine.

A Journal Of Some Of My writings.

A daily dose of God’s touch in a minute...

A Place for everybody and anybody

Pressured to prove his theories or lose funding, Dusty prematurely stepped into the blogosphere and vanished.

Our goal is to inspire the world to nurture their mind and body through healthy activity, healthy food, and a healthy outlook on life.

All About Weight Loss & Healthy Lifestyle

From 375lbs To Triathlete

"Words kill, words give life. They're either poison or fruit. You choose"- Proverbs 18:21. I have chosen. I heal through poetry over here...